Review: © Kirkus Review: A Salvadoran father attempts the perilous journey to America while his wife and son stay behind in El Salvador to await his return. McMahon (Kilometer 99, 2014, etc.) spins a beautiful but heartbreaking tale of the classic migrant story, one of sacrifice, danger, and small victories for those who have left and those still at home. Jacinto, his wife Mina, and their 13-year-old son Wilmer live in a small rural town in El Salvador, still reeling from the destructive civil war that left thousands dead and many more permanently changed. Wilmer has asthma, which is a life-threatening condition in their small Salvadoran town that lacks electricity and clean running water. After a particularly serious asthma attack, Jacinto accepts a local smuggler’s expensive offer to get him to the United States, where he hopes to work and save enough to buy the medicine Wilmer needs. Jacinto faces an enormous setback early on, when his group gets lost in the Mexican desert, resulting in five deaths and his capture. He prepares to be bussed back to El Salvador, but in a strange twist of events, he finds himself with a second chance to cross the border into America. Back home in El Salvador, Mina and Wilmer attempt to maintain their livelihoods without Jacinto and without any updates on his whereabouts. The smuggler that arranged Jacinto’s original journey demands an exorbitant interest on their down payment and Wilmer is bullied at school by those who believe his father is dead. Without Jacinto to bring in an income and to stand up for his family, hope for Mina’s and Wilmer’s survival gradually deteriorates. These two parallel stories collide at a moment when all three appear to have little left to lose. Their story of suffering and sacrifice is devastating yet also embedded in love. Every sacrifice made on behalf of a loved one is a testament to human resilience and the fight for a better life. McMahon’s contribution to the body of immigrant literature is entrenched in questions of nationality, poverty, and family. He achieves a storytelling feat by creating an incredibly realistic narrative that is as poignant as it is breathtaking. 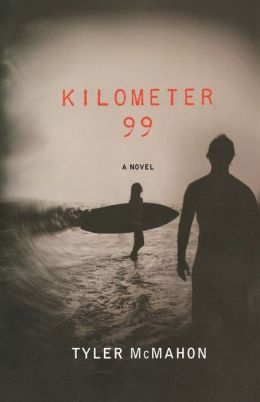 Review: © Booklist: In his second novel (after How the Mistakes Were Made, 2011), McMahon once again focuses on an adventurous young woman, this time a Peace Corps volunteer in El Salvador. Hawaiian-born Malia has come to El Salvador with a newly minted engineering degree, and she throws herself into helping a rural village build an aqueduct to bring much-needed water to the villagers. She spends her weekends with her boyfriend, Ben, surfing the perfect waves just off the coastal city of La Libertad. Then a devastating earthquake wipes out a year’s worth of her work, and she finds herself reluctantly agreeing to spend the next year surfing with Ben, torn between her ambitions and her desire for the perfect adventure. But a robbery and an ill-timed meeting with a shady developer derail the couple’s travel plans. Instead of following the waves south, they find themselves desperately short of money and involved in a dangerous scheme to deliver drugs to renegade dealers. In this dark adventure tale, McMahon summons both the mystical joys of surfing and the angst of young people trying to navigate a treacherous world.