Travelers’ Tales
Publisher with an on-line, subscription based ($20/year), publication that publishes four “inspiring, transformative travel stories” every month “written by people who’ve been there.” The app is free and includes a sample issue. RPCVs, including Jane Albritton (India 1967-69), have published articles in Travelers’ Tales. Jane has edited four books of essays by RPCVs published by Travelers’ Tales and suggests that Travelers’ Tales might be a place where RPCV writers will find a home for their prose.

Psychological Perspectives
A Journal of the C. G. Jung Institute. It is a beautiful journal of art, poetry, fiction and scholarly essays.

Wild Woman Rising
Dedicated to the fierce creative force that resides in each of us. Publishes art, photography, poetry, fiction, nonfiction, such as memoir, autobiography, biography.

CreateSpace
Provides free tools for interior design and covers; as well as professional, fee-based, services for publishing. CreateSpace books earn royalties that appear to be above industry standards. They provide manufacturing and shipping. Books remains in-stock, without inventory, made on-demand when customers order.

How To Write A Memoir, by Scott Berkun

How To Write a Memoir: Rules for the much-maligned form, by Katie Roiphe

How To Write Your Memoir, by Joe Kita (includes 5 tips for getting started)

PDX Writers’ Facilitators
Includes links to workshops and other resources.

Responding to Other People’s Writing, by The Writing Center, University of North Carolina – Chapel Hill

Synopsis:
Since the first edition came out in 1997, this book has been praised as “the best book on memoir out there.” It is thought-provoking, explanatory, and practical: each chapter ends with writing exercises. It covers everything from questions of truth and ethics to questions of craft and the crucial retrospective voice. An appendix provides information on legal issues. Judith Barrington, an award-winning memoir writer and acclaimed writing teacher, is attuned to the forces, both external and internal, that work to stop a writer; her tone is respectful of the difficulties and encouraging of taking risks. Her nimble prose, her deep belief in the importance of this genre, and her delight in the rich array of memoirists writing today make this book more than the typical “how-to” creative writing book.

Chilson, Peter and Joanne B. Mulcahy: Writing Abroad: A Guide for Travelers (2017)

Synopsis
“Tell me all about your trip!” It’s a request that follows travelers as they head out into the world, and one of the first things they hear when they return. When we leave our homes to explore the wider world, we feel compelled to capture the experiences and bring the story home. But for those who don’t think of themselves as writers, putting experiences into words can be more stressful than inspirational. Writing Abroad is meant for travelers of all backgrounds and writing levels: a student embarking on overseas study; a retiree realizing a dream of seeing China; a Peace Corps worker in Kenya. All can benefit from documenting their adventures, whether on paper or online. Through practical advice and adaptable exercises, this guide will help travelers hone their observational skills, conduct research and interviews, choose an appropriate literary form, and incorporate photos and videos into their writing.
Writing about travel is more than just safeguarding memories—it can transform experiences and tease out new realizations. With Writing Abroad, travelers will be able to deepen their understanding of other cultures and write about that new awareness in clear and vivid prose. Review: © School Library Journal: By the time King was 14, the scads of rejection slips he’d accumulated grew too heavy for the nail in the wall on which they were mounted. He replaced the nail with a spike and went on writing. This straight-up book inspires without being corny, and teens suspicious of adult rhapsodies to perseverance will let down their guard and be put at ease by the book’s gritty conversational tone. The first 100 pages are pure memoir–paeans to the horror movies and fanzines that captivated King as a child, the expected doses of misadventure (weeks of detention for distributing his own satirical zine at school; building an electromagnet that took out the electricity of half a street), and hard times. King writes just as passionately in the second half of the book, where the talk turns to his craft. He provides plenty of samples of awkward or awful writing and contrasts them with polished versions. Hand this title to reluctant readers and reluctant writers, sit back, and watch what happens. This presentation is mostly a memoir with a treatise on writing thrown in, and will attract any fan of horror writer Stephen King. King’s life, his penchant for horror, and his influences and intentions come alive in descriptions which welcome the reader into King’s life and art. The final chapter, chronicling his fight for life and ability to walk again, is a moving conclusion and testimony to his life of life – and writing. Synopsis: Learning to tell true stories is truly a lifelong project; putting them on paper only complicates the task. The Nieman Foundation for Journalism at Harvard University has produced a truly first-class book about nonfiction writing. Telling True Stories covers every stage of this arduous process, from finding a topic to structuring your narrative to writing and selling your first book. The contributors include luminaries like Malcolm Gladwell, Nora Ephron, Tom Wolfe, Philip Lopate, David Halberstam, and Gay Talese. A reassuring resource for fledgling (and struggling) writers. 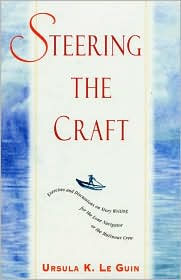 Review: © Publishers Weekly: This is not a book for beginners, warns Le Guin (Cheek by Jowl), but it would be churlish to deny the benefits of this thoughtful, concise volume to anyone serious about becoming a writer. Originally written in 1998 and based on Le Guin’s workshop of the same name, the book has been revised by her based on reader feedback and on the vast changes that have occurred in publishing over the years. But some issues remain constant, and Le Guin explores them in a familiar, breezy style that is admirably direct, and as entertaining as it is enlightening. The topics she examines include the sound and rhythm of language in writing; the need to understand the rules of grammar, if only to break them; point of view and narrative voice; and the judicious use of adjective, adverbs, and verbs. In essence, Le Guin reveals the art of craft and the craft of art. Each chapter ends with writing exercises that can be attempted in groups or alone. To borrow Le Guin’s nautical imagery, this book is a star by which to set one’s course. 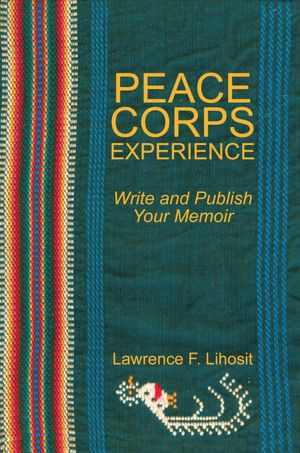 Synopsis: “Tell your Peace Corps story, but first study this book.” Robert Klein, Peace Corps Oral History Project, Kennedy Library. “The ultimate “how-to” book for former Peace Corps volunteers and staff who have hesitated to write about their own experience. This book explains what a memoir is, how to write, publish and promote.”

Where to find it:
Vendors: Powell’s | Amazon | B&N

Wainaina, Binyavanga: How to Write About Afirca (2005)

Review: © Wamathai: The story “How to Write about Africa” is basically a compilation of every single cliché that has been used (abused?) by writers when writing articles and poems about Africa. With phrases like “Always use the words ‘Africa’ ‘safari’ or ‘Darkness’ in your title” Binyavanga has a way of making you see these phrases around you and open your eyes to the fact that we do play a huge role in perpetrating the falsehood that Africa is but a land of blubbering fools who speak either with clicks, in Swahili or both.

Where to find it:
Published free on the Granta website.

Synopsis: On Writing Well has been praised for its sound advice, its clarity and the warmth of its style. It is a book for everybody who wants to learn how to write or who needs to do some writing to get through the day, as almost everybody does in the age of e-mail and the Internet. Whether you want to write about people or places, science and technology, business, sports, the arts or about yourself in the increasingly popular memoir genre, On Writing Well offers you fundamental principles as well as the insights of a distinguished writer and teacher. With more than a million copies sole, this volume has stood the test of time and remains a valuable resource for writers and would-be writers.